Costco is a well-known company and its popularity brings its share of surprises! Indeed, a few scandals have occurred in recent years and the lawyers representing the network have had to get involved. Discover the scandals that have gone to trial. 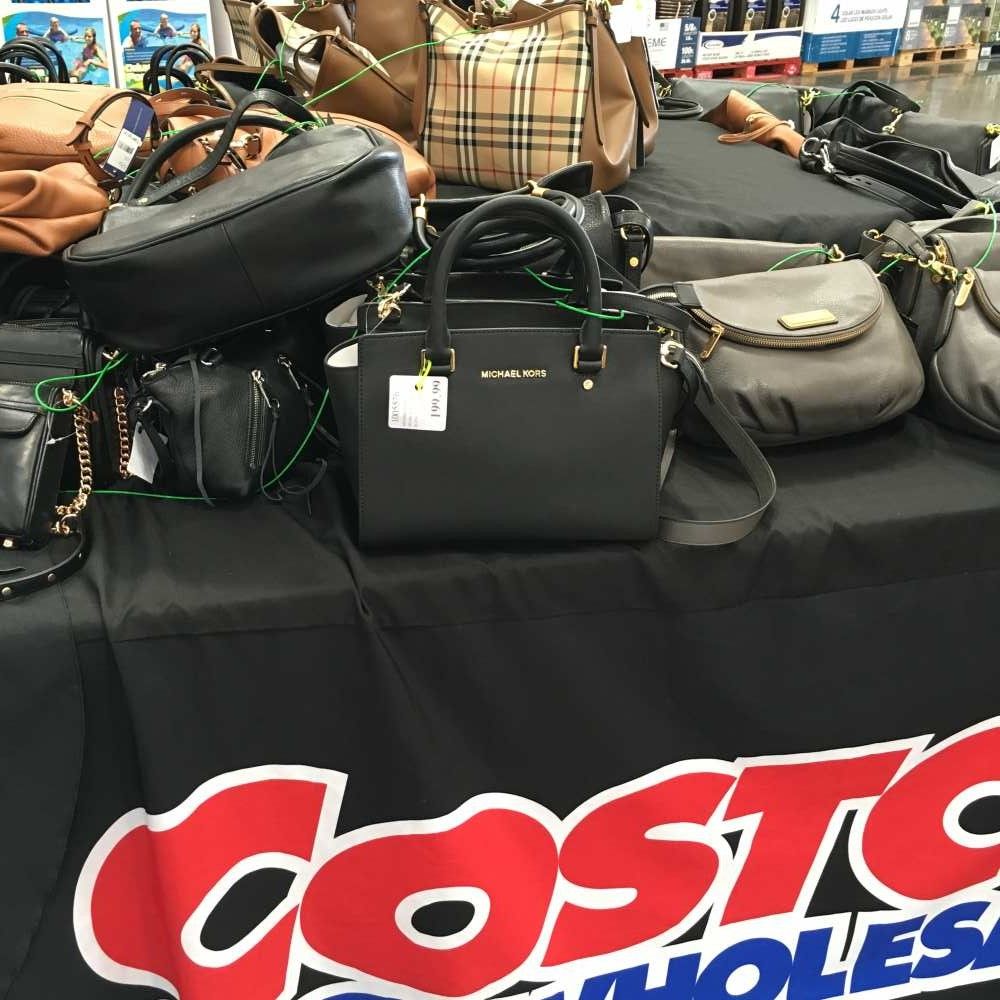 The designer merchant Michael Kors took out a suit against Costco on the basis that the company was not authorized to sell Michael Kors products and in fact didn’t even carry them; they were employing a bait-and-switch campaign of false advertising. While Costco refused to comment on the allegations initially, they settled a lawsuit with Michael Kors in 2014. 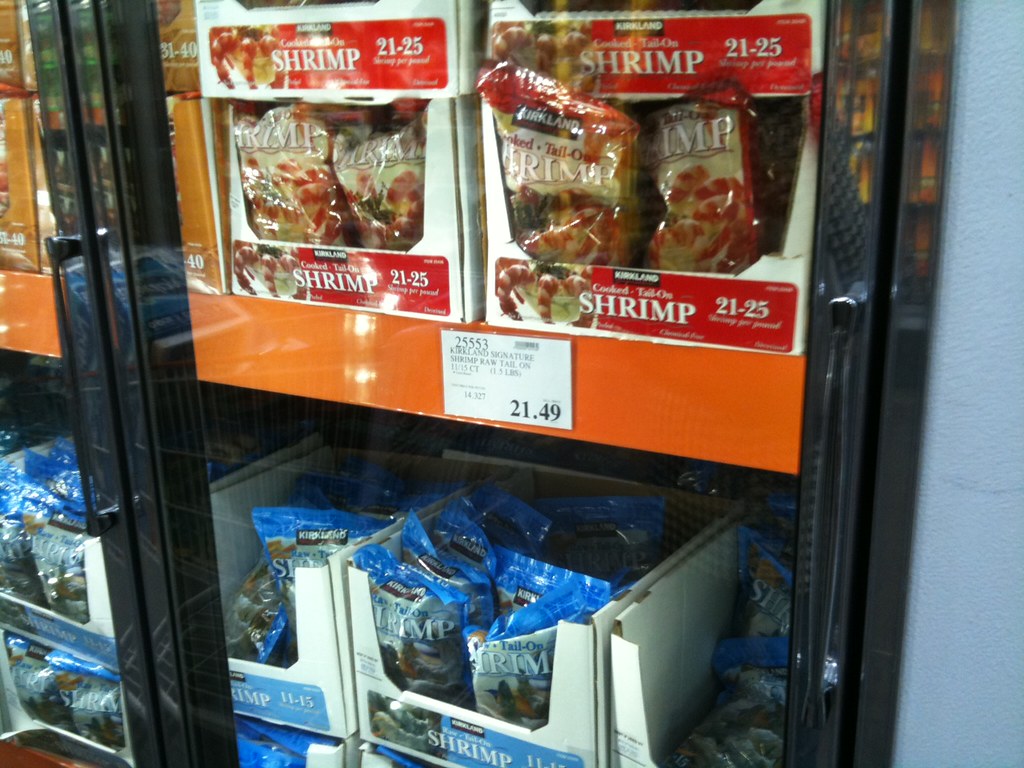 In 2014 a member claimed that Costco was selling shrimp raised using feed from Thailand harvested by fishermen who exploited slave labor. Costco filed to dismiss the suit, claiming that it had never knowingly sold any shrimp whose production was linked to slave labor, and a court granted the petition. 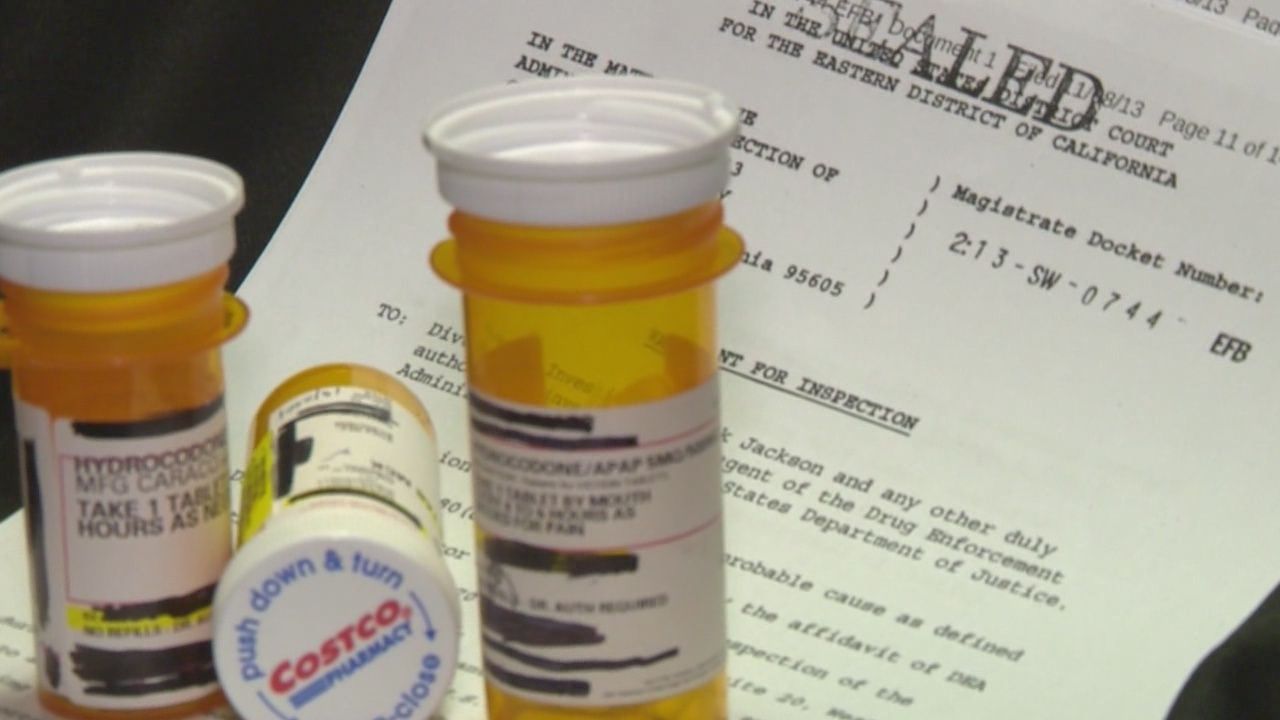 An investigation by Fifth Estate found that Costco was demanding illegal payment from a generic drug company in return for stocking their medicines, in contravention of government rules that try to prevent consumers from paying excessive prices for drugs.

At the Ontario College of Pharmacists, two Costco executives admitted to professional misconduct, with the company claiming that it has stopped such practices having carried out internal investigations. Costco claims that the funds weren’t used to boost profits but were intended to offset operating costs so that customers could enjoy savings. 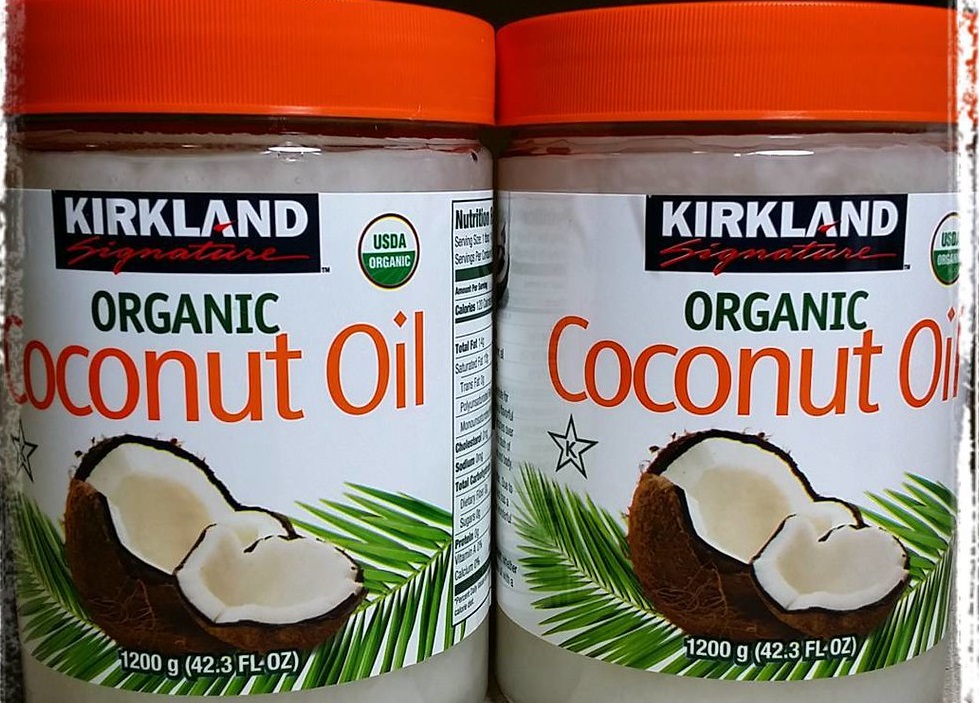 Costco is facing a class-action lawsuit regarding misleading labeling on its coconut oil, which claimed it was “healthful and delicious.” In fact, there was no evidence that it’s any more healthy than other types of cooking oil. Costco has tried to dismiss this lawsuit, saying that the plaintiffs couldn’t prove the coconut oil had done then any health damage or caused any illnesses; however, the plaintiffs say that they were harmed economically by buying the product on the basis of the untrue labeling and that they were not claiming any health damage.

Rotisserie chicken and hotdogs are certainly popular with Costco customers, and there was an immediate outcry when the company revealed that the Polish dog was going to be taken off the menu in 2018. A social media campaign of #SaveThePolishDog began, and it seemed to have the desired effect: Costco Canada quickly tweeted that they have no intention of taking the Polish dog out of their stores, so at least customers who live close to the Canadian border will still be able to enjoy it.

The US Justice Department has fined Costco Wholesale Corporation $11.75 million to settle claims that some instore pharmacies were handing out controlled substances on incorrectly filled or incomplete prescriptions. The Justice Department stated that Costco had admitted that between 2012 and 2015, some instore pharmacies were dispensing drugs in contravention of the Controlled Substances Act and other regulations. 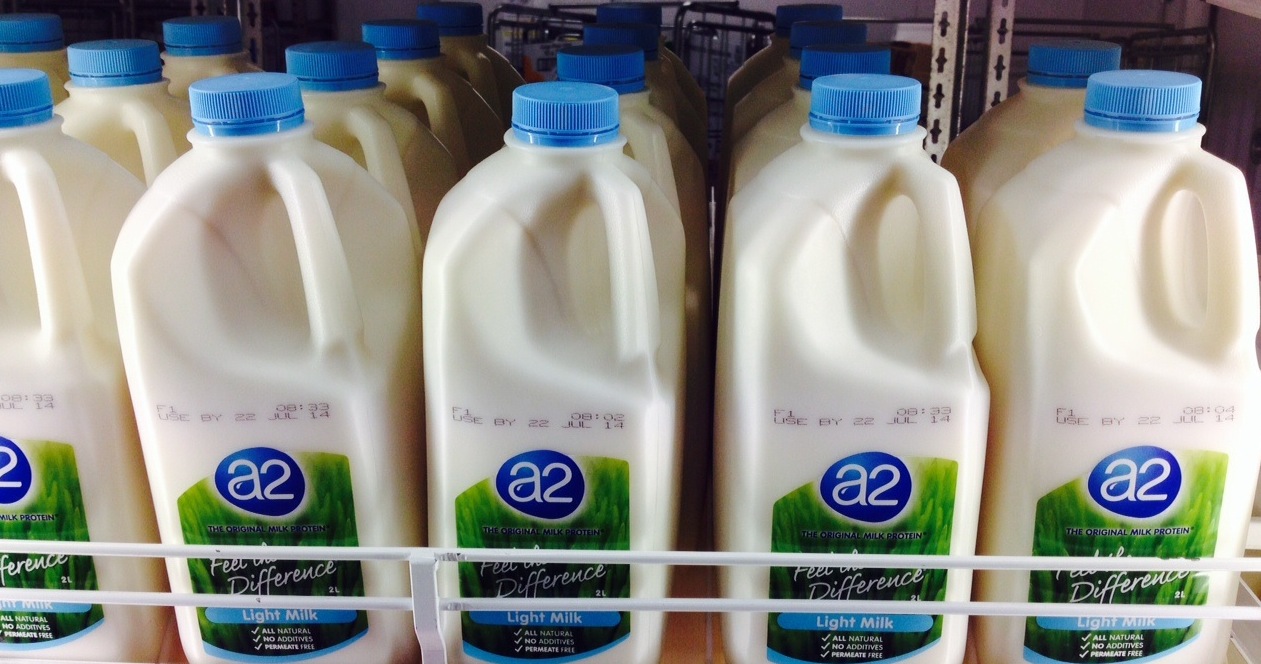 In 2017 a Washington Post investigation looked at the Aurora Organic Dairy, chief provider of organic milk for Costco and also Walmart.

For milk to be regarded as organic, it has to be taken from cows that are permitted to graze throughout the grazing season. Reporters who went to the farm found that there were virtually no cows being allowed to graze.

This investigation took place a decade after this particular dairy had faced accusations of willfully violating the USDA standards for organic milk, and so Costco customers are starting to question whether what they have been paying a premium for as organic milk has any right to be labeled as such. 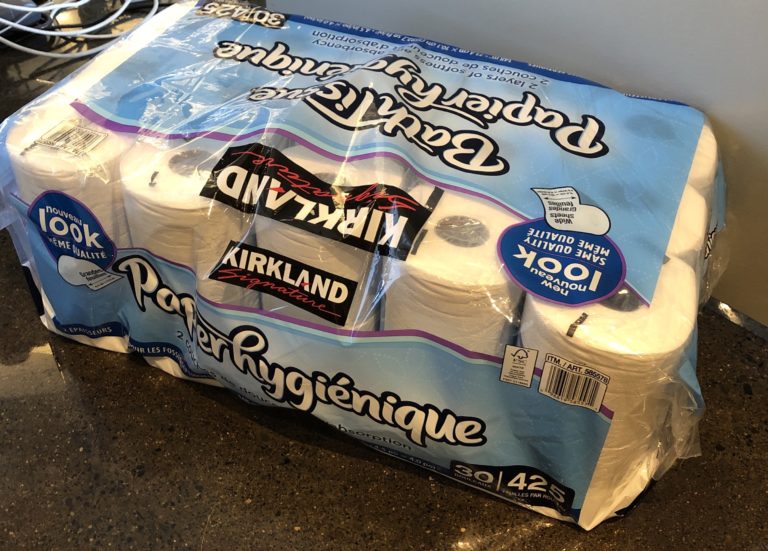 Supermarket giant Costco is tearing down and spoiled, old-growth forest to make toilet paper. The incredible Boreal Forest is the largest undamaged forest left on the planet. It grows over 60% Canada, making a habitat for billions of animals, and more than 600 indigenous communities call it their home. Many members have put in a demand for the company to call off the needless destruction of this amazing piece of nature and use recycled paper for their toilet tissue in the future. 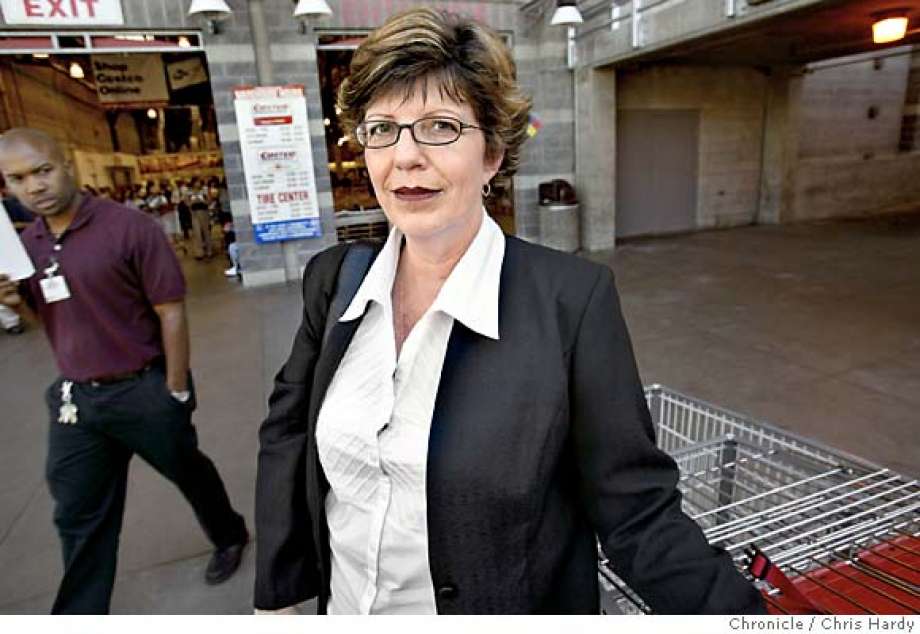 700 women working in Costco caused significant embarrassment to the company in 2004 by bringing to light the company’s internal promotion practices. SFGate reported that employees both past and present claimed that Costco habitually failed to consider women for management positions, and frequently didn’t advertise jobs openly or state what qualifications were required.

This suit dragged on for a full nine years until eventually, Cosco settled it for $8 million. The company has agreed that now all management opportunities have to be advertised openly for a minimum of 10 days, and a new system will be introduced which allows employees to let their managers know if they are interested in promotion.

Another big firm to take out a lawsuit against Costco was the jewelry company Tiffany & Co in 2013. The suit claimed that the in-store signage used by Costco stating that rings were “Tiffany” was misleading customers into believing that they were buying genuine Tiffany jewelry, whereas in fact Tiffany did not supply Costco and had no deal with them. Costco’s defense was that Tiffany is a style of ring, and that’s all they were saying the rings were. They didn’t use the Tiffany name or logo on any packaging, bags, etc., nor did they use Tiffany-style packaging. They also pointed out that the name Tiffany wasn’t used on their website, which Tiffany claimed was a strategy to stop others from being alerted to the ruse.

Citizens of Humanity, LLC, were angry in 2009 to find that Costco was selling their extremely high-end designer jeans. Citizens only allow a selected group of retailers to sell their products, and Costco certainly wasn’t in that group. Citizens stated that Costco could only have obtained a supply by stealing them from one of their authorized retailers. Citizens sued Costco to make them admit to selling stolen goods and reveal who had supplied them with the jeans. This case went to trial, where it created a notable precedent.

The Humane Society of the United States undertook a secret investigation at a farm in Gettysburg, PA that furnished Costco with eggs. The conditions were found to be unsanitary and inhumane, with videos showing that hens were stuck in cramped cages alongside dead birds, with more dead birds and broken eggs littering the floor. The Humane Society issued a demand to Costco
to provide a detailed timeline regarding the move to cage-free eggs that it had been promising for some time. Cosco, the USA’s third-largest retailer, did not give an immediate response. 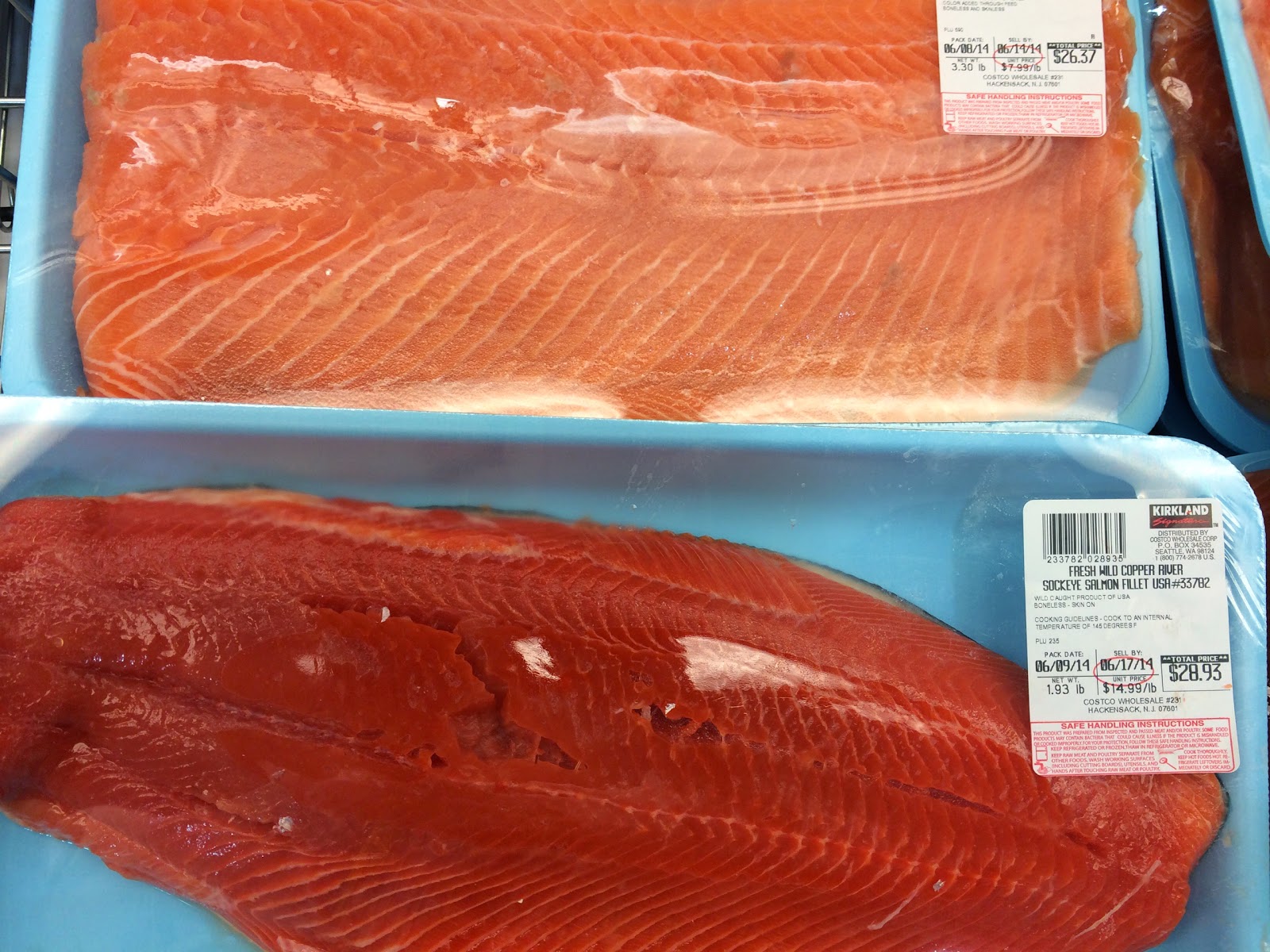 A customer waiting to pay at a Costco New York saw that the woman in front of him was getting rather more than she bargained for with her purchase of Fresh Wild Sockeye Salmon – underneath the plastic wrapping, he could see that the fish was riddled with worms.

Two years ago in San Diego, Japanese tapeworms were found in salmon sold by a number of Costco stores. Prof. Don Schaffner at Rutgers’ Center for Advanced Food Technology says that this isn’t just confined to Costco as a problem: numerous species of worms and other parasites can frequently be found in both farmed and wild salmon. These can pose a threat to human health.

The largest security breaches ever

The Globe and Mail reported in 2019 on one of the largest ever data hacks experienced in Canada. The target was Capital One and data for 6 million people was compromised, including an unrevealed number of Costco customers.

Something in the region of a million social insurance numbers were put at risk for holders of Costco and Hudson’s Bay Co.’s cards. The hack gained details of customers who had made applications for credit cards from 2005 to 2019, with birthdates, phone numbers, salaries and credit ratings all compromised. The only response Costco gave to this breach was to tell all inquirers to speak with Capital One.

For more than two decades, Christine D’Onofrio worked for Costco in two different locations, before being fired in 2013. The Miami New Times reported that the worker in the warehouse club, a registered deaf person, had requested Costco for more than a year to make arrangements for her disability and give her fair treatment. The only time the company provided her with an interpreter was when she was fired for allegedly “loud and aggressive behavior”.

Christine took Costco to court, and the company managed to drag the trial out for an unbelievable three years, claiming that the sacking was down to the employee’s temper rather than her being deaf. She won the case and was awarded $775,000.